I have finished basecoating and washed all the Skaven. (finally) Also used a lighter touch with the shading

Also took some pictures of the Wight to try and show how well the gap filling has gone, its still there but has been drastically reduced.

I got my hands on some steel wool and im going to start doing a lot more prep on metal models in the future.

I bought the green knight off ebay for a fiver (metal) so can try out the cleanup techniques on him! 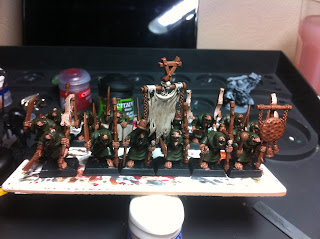 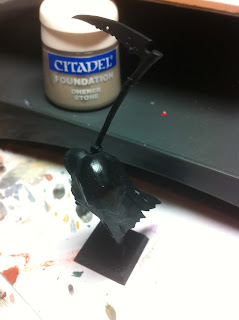 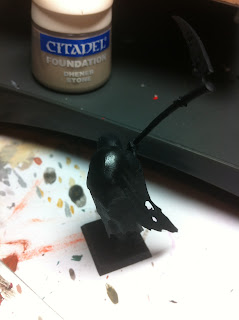 the whole model was undercoated with Skull White Spray followed by a basecoat of Averland Sunset. While the Averland Sunset will cover the undercoat in a single layer, I find that two thinner coats work better to avoid the coverage being too thick. The next stage was to wash the whole model with Seraphim Sepia and Reikland Fleshshade in a 4:1 mix. While the Sepia shade works well on its own, the hint of red in the mix really adds depth to the recesses of the model's armour.


The next stage was to apply a second layer of Averland Sunset to the armour while leaving the shade in the recesses. This is probably the most time-consuming part of the process. I then created a 2:1 mix of Averland Sunset and Screaming Skull and used it to highlight the armour panels. The last stage was to apply an edge highlight to the armour using pure Screaming Skull. At this point the models looked very pastel, but a glaze of Lamenters Yellow tied all the colours together and gave the Terminators a much more vibrant appearance - very fitting, I feel, for the sons of Dorn. You can also see the final colour scheme that I chose for my power swords. Thanks go out to everyone on Facebook who helped me choose it.
Posted by Unknown at 13:07 No comments:

Quick update, back from being ill for what seems like forever:

99% of Skaven basecoating has been done, couple of pictures are attached.

I have bought a dwarf miner/tomb raider from Scibor miniatures to try some OSL on at a later date as well as a tomb king cairn wraith to have a go at painting later.

Also picked a up a decent bargain on Ebay - It is the white dwarf 30th Anniversary model, 3 dwarves in a cool pose for £15, not bad. (cool models but a lot of mould lines kicking about there :/)

Mold lines on the cairn wraith are a joke, why cast something with a big mold line down the middle. I'm determined to get most of it away with liquid green stuff and careful filing!

The scibor model is really cool and definitely a totally different sculpt to GW stuff. Assembly quite difficult, the barrel of the shotgun snapped off, oops! worked out well as it allowed me to file it down and remove that kink that is in the pic.

A picture of my new painting buddy as well (pictured kipping on the couch) he does however love to pop onto my painting table and help me out by lapping my painting water, biting the end of my brush, biting or slapping my feet when I ignore him and generally running away with any small items! 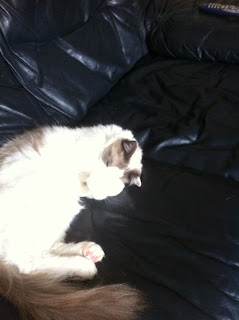 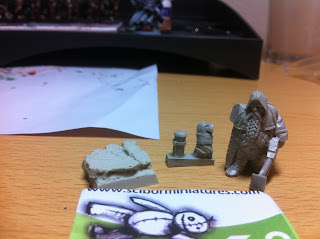 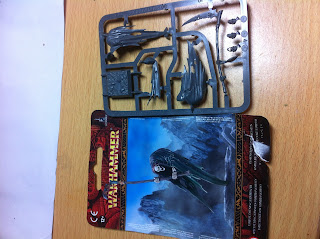 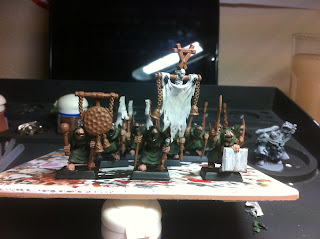 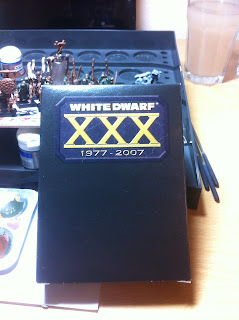 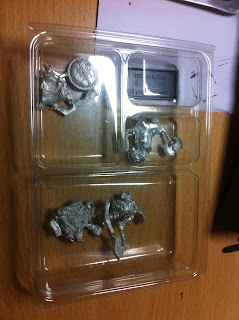 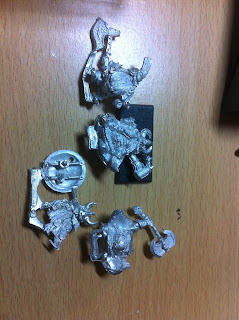 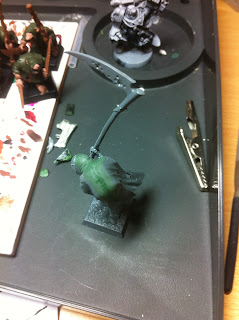 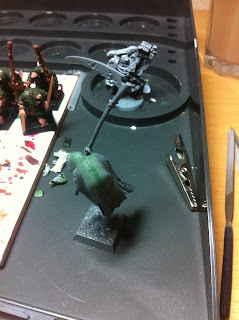 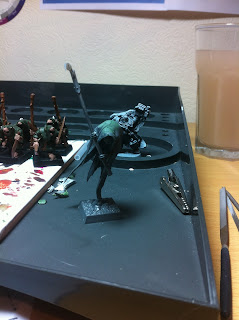 Was doing some basework on the skaven tonight, gave up due to extreme nose runs...

Bought a new chap to paint at a later date: (black undercoat with a dusting of white as an experiment) might help to get the contrast of a white undercoat but IMO better overall look of a black undercoat. 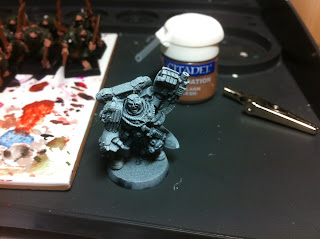 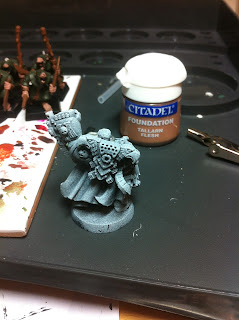 http://guildofharmony.com/tutorials.php
Posted by Unknown at 08:57 No comments:

http://www.heresy-online.net/forums/showthread.php?t=47529
Posted by Unknown at 12:24 No comments:

http://www.lounge.belloflostsouls.net/showthread.php?t=8532
Posted by Unknown at 11:24 No comments: 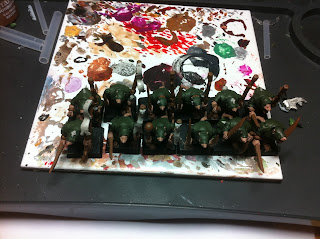 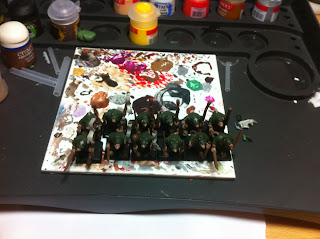 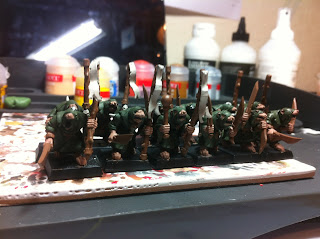 Not much point in any pictures tonight. I just need to basecoat the skin on the 10th model then things should really speed up and another two batches should be done.... 15 models done...........

Few days off from the ol' painting but made a good dent in the basecoat for batch 3 today. 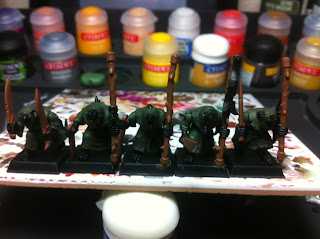 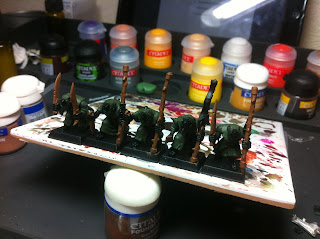